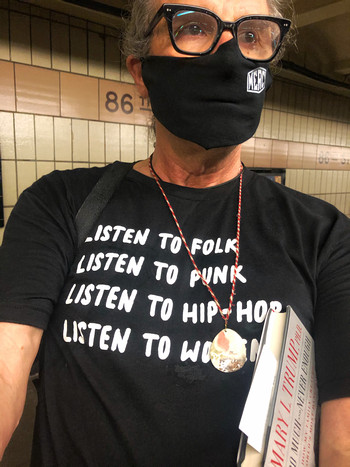 Robert S Johnson is a freelance photographer. He spent five years walking, driving, and photographing the Hudson River. As that work continues he began "Trans_Lucent" and has started working on a new collection called "Color in Black and White"
In 2020 he will be co-teaching "Photojournalism as Art" for a fourth summer at the School of The New York Times(this will be the first year the class will be virtual) and will run two workshops called "The Art of Noticing" in August at The Truro Center for The Arts at Castle Hill.
He is an accomplished Lightroom teacher and teaches beginning photographers camera operation and photography. APA|NY awarded him the B&H and Phase One prizes in the category of landscape/architecture in 2015. He has published seven books of his work and appeared in numerous group shows in galleries from New York to Budapest. Most recently in 2020 he is featured in the Exhibition "The Road at SxSE Gallery Before that he was awarded "Juror's Choice" for the Exhibition titled "Feminine/Masculine" at the PH21 Gallery.

He grew up on the grounds of the Boston State Hospital (formerly the Boston Insane Asylum) and returned to work on several of the locked wards during the summers while attending college. He received an MFA in Theater from UC San Diego and moved to New York City where he worked in Off-off Broadway for a decade. After 3 years as co-Artistic Director of THECO, a theater company, he moved on. He edited a news show for Japanese speakers despite not speaking Japanese. He wrote and produced 30 seconds spots for Essence Magazine’s This Month In Black History.
In 2008 he decided to devote himself to photography full-time
He lives in an apartment in Morningside Heights and Wellfleet MA with his wife, Katherine; occasionally his son, Asher (a recent graduate of Smith College); and Opawl the rescue kitty. He is allergic to the cat but loves her anyway.